Although talked about right from the beginning, we never actually see the character of ‘Harry Lime’, played by Orson Welles, until late in the film.  It is a pivotal scene.  He is just a black shadow standing in a dark doorway … when suddenly, a light from an upstairs window across the street shines on his face … and we see that roguish smile !

Finding and following the film locations for The Third Man offers a very interesting way to discover today’s Vienna.  The ‘doorway’ is located off Schreyvogelgasse, on Mölker Bastei.  Here are three recent photographs, taken in March 2008 … 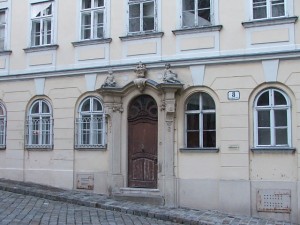 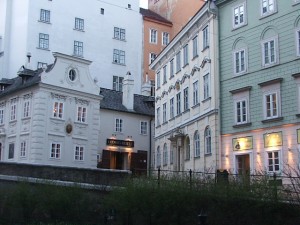 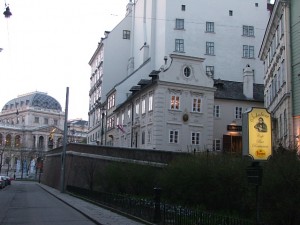