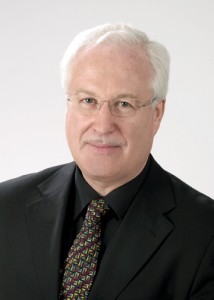 International Expert on Sustainability Implementation, Accessibility (including Fire Safety) for All, and Sustainable Fire Engineering.

Consultant to An Bord Pleanála, the Irish Spatial Planning Appeals Board.

Legally registered, in Ireland, as an ‘Architect’. 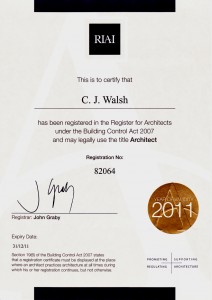 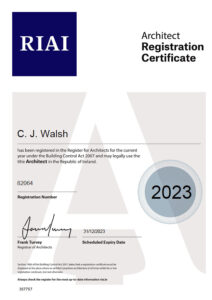 C.J. Walsh is a Registered ‘Architect’ in Ireland and, by mutual recognition, in the European Union.

1.  For well over 10 years, C.J. Walsh was a major contributor to International Standard … ISO 21542: ‘Building Construction – Accessibility & Usability of the Built Environment’ (2011), and its revision published in 2021.  He also chaired the ‘Fire Safety for All’ & ‘Terminology’ Task Groups of the Standard’s drafting committee (ISO TC59 SC16 WG1).  His ‘Fire Safety for All’ texts were also used in the new European Standard EN 17210: ‘Accessibility & Usability of the Built Environment – Functional Requirements’, also published in 2021.

FireOx International  is a division of SDI.

Some Highlights from CJ’s Professional Career …

From 2000-2004 … he directed the European Fire Research Project: ‘Protection of People with Activity Limitations from Fire in Buildings’, involving Belgium, Italy, Sweden and Ireland.  During 2008 & 2009, he chaired the ISO TC 59 / SC 16 / WG 1 Task Group on ‘Fire Safety for All’ and was the major contributor of the fire safety related texts to a new ISO International Accessibility-for-All Standard, which was published at the end of 2011.  He is an acknowledged international expert on this complex aspect of Architectural and Fire Engineering Design.

In February 2007, he was First Technical Session Chairperson, and Keynote Presenter on ‘Sustainable Fire Engineering’, at the FSAI’s (Fire & Security Association of India) National Fire Seminar in Chennai;  later at the end of October 2008, he made a similar presentation on Sustainable Fire Engineering in Dubayy (UAE).  In August 2008, he returned to India to make a presentation on Fire Engineering Practice After WTC 9-11 at the FSAI Seminar in Bengaluru;  earlier in February 2006, he had made a similar Keynote Presentation in Riyadh, Saudi Arabia.

C.J. Walsh continues to be involved in innovative architectural and interior design projects, and the restoration of historical buildings … and to travel widely and regularly, making important keynote presentations at conferences, seminars and workshops.

Much Earlier … during the late 1980’s and early 1990’s … C.J. Walsh worked as Research & Technical Officer in the Building Control Section of Dublin City, having responsibility for the specialized technical and fire safety related aspects of legislation and building inspections.  During this latter period, he was also in charge of the operation of the 1988 Local Government (Multi-Storey Buildings) Act, which resulted from the collapse of the multi-storey apartment block ‘Raglan House’, in January 1987, due to a gas explosion in one of the apartments.

For approximately 12 years from the mid-1980’s, he was a Member of the National Masonry Panel, an NSAI Standards Consultative Committee.  His ground breaking text on ‘Progressive Collapse from Fire in Buildings’ appears in Irish Standard 325:Part 2:1995.  He is the first person to clearly distinguish this structural concept from the closely related concept of ‘Disproportionate Damage’.
From 1986-1990, he organized a series of very successful International Fire Conferences in Dublin … continuing on to chair Ireland’s first National Standards Authority of Ireland (NSAI) involvement in CEN’s (European Standards Organization) Harmonization Process for European Fire Test Standards.
.
.