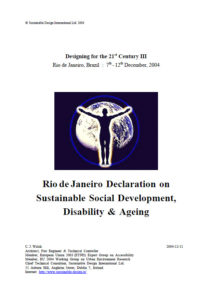 It was a great pleasure to be invited to speak on the subject of Sustainable Fire Engineering at the 2010 ACRECONF in Delhi (Dilli), India.  This ground breaking conference in Asia took place at the India Habitat Centre, Lodhi Road, Delhi … on the 8th & 9th January last.  Back during August (2009) in Bengaluru … the ACRECONF Chairman, Mr. Ashish Rakheja, told me that he expected an attendance of somewhere between 500-600 people at the Delhi Conference.  Over the two days of the actual conference, approximately 1800 delegates participated … an enormous response by architects, civil and service engineers, developers, client and construction organizations, etc., etc., from right across the country … and from the deep south.

For me … refreshing, extremely impressive, and certainly the highlight of the conference … was a multi-media presentation … on the second morning, just after the coffee break … by Mr. Karan Grover, the renowned Indian Architect.  He is quite an individual !

Before the break, delegates had been treated to an elaboration of the Environmental Design Innovations incorporated into the 71 storey Pearl River Tower (Guangzhou, China), by Mr. Varun Kohli of Skidmore, Owings & Merrill (SOM) in New York.  Construction of the Tower is now well under way.  Afterwards, however, an important discussion took place concerning the issue of fire safety, and fire engineering generally, in Sustainable Buildings.  It became clear to all of the participants that this issue is a major oversight … an intentional gap … in the design of these buildings.  I made the point, forcibly, that Sustainable Fire Engineering is open to innovation and design creativity. There will be an important follow-up to this discussion.

Unfortunately, the conference was peppered with references to ‘Green’ Buildings … an outdated marketing concept (!) … which, within its limited world-view, gives people the false comfort of not having to deal with thorny issues such as ‘social justice, solidarity & inclusion for all’.  I have discussed this issue many times in previous posts.

Even more unfortunately, where the Brundtland Definition of ‘Sustainable Development’ was actually presented in one session … as usual, it was only the first half of the definition which made any appearance.  The second, and more important, half of the definition had mysteriously vanished without trace … which made the whole effort a meaningless exercise !   What a waste !!   No wonder there is such confusion over the concept … at all levels … in most countries !!!

It was not surprising, therefore, that what was not stressed enough, during the entire conference, was that Sustainable Design Solutions must be appropriate to local geography, climate, economy, culture, social need and language(s)/dialect(s), etc.  The LEED Building Rating System (USA), for example, is not being properly adapted to local conditions in India !

A final issue … another major oversight … another intentional gap … in the design of buildings … Accessibility-for-All !   Even though India ratified the 2006 UN Convention on the Rights of Persons with Disabilities on 1st October 2007 … this essential aspect of design … certainly in Sustainable Buildings … received no mention whatever during the conference … except by yours truly, in my presentation.

Overall … a magnificent achievement for the organizers !