2011-09-11:  From the beginning of the past week, news media (printed and on-line), and the television and radio schedules have all been full of articles, stories, opinions, and interpretative and speculative pieces about the 9-11 World Trade Center (WTC) Incident in New York, and its tragic aftermath.  Today is the 10th Anniversary … a long ten years since that sunny Tuesday morning in Manhattan !

BUT … is anybody out there asking the questions: “Are Our Buildings Safer ?” … and … “Are Our Firefighters Safer ?”   AND … if you do ask those questions … are you able to distinguish between solid, reliable information and ‘spin’ ?

So many Irish people, and people of Irish descent, were directly involved in this traumatic event … working inside the WTC offices, as stockbrokers … or outside, as maintenance personnel, or firefighters, policemen and women, or as members of the emergency medical services …

The previous post about the United Nations Gaza Flotilla Report, I hope, created an uncertainty in your mind … a worrying thought regarding political interference and the negative, and very often, destructive influence of vested interests … which is a necessary frame of mind to have, also, for an essential discussion – on the 10th Anniversary of the 9-11 WTC Incident – about the Safety of Our Buildings, particularly High-Rise Buildings, Iconic Buildings, and those Buildings having a Critical Function and/or an Innovative Design … and the Safety of Our Firefighters.

By ‘Our Buildings’ … I don’t just mean buildings in Ireland, or Europe … I mean buildings on every continent of our small planet.  And … such a discussion must be trans-disciplinary, involving the use of simple language only … because it is necessary for each discipline to clearly understand what the others are saying (this rarely happens !) … and the discussion must also be transparent to, and be easily assimilated by, the general population in all of our societies.  And by ‘Our Firefighters’ … I mean firefighters worldwide.

Concerning the Gaza Flotilla Report … we could ask …

The important point I wish to make is that the community of International Fire Science and Engineering – just like every other ‘human’ community – is not immune from these sorts of malevolent influences !

Just five weeks after the 9-11 World Trade Center (WTC) Incident in New York … I found myself in Manhattan for the purpose of making an important presentation to a conference which was taking place not far from Madison Square Garden … while staying Down-Town in Battery Park City, at an apartment within the Security Zone.  Yes, I was worried and fearful before going … but …

Environmental Impact:  Any effect caused by a given activity on the environment, including human health, safety and welfare, flora, fauna, soil, air, water, and especially representative samples of natural ecosystems, climate, landscape and historical monuments or other physical structures, or the interactions among these factors; it also includes effects on accessibility, cultural heritage or socio-economic conditions resulting from alterations to those factors.

On first arriving in the city, by taxi from Kennedy Airport … I witnessed, at first hand, the racist hostility of a policeman towards our coloured Asian driver, who had simply asked about the procedure to pass through the Security Zone Boundary.  Later, walking near the WTC Site, I would encounter the ‘macho’ behaviour of many National Guardsmen on security duty.

At the conference, I met a person who was literally unable to speak – could not even bear to talk about – the 9-11 Incident.

Everywhere south of Canal Street was in a terrible, horrific condition.

The weather, fortunately, had remained generally very good … sunny, with a light breeze coming in from the sea.  Then, unexpectedly, one day towards the end of my stay … the sky was overcast and the air stood still … in lower Manhattan, it assaulted my eyes, nose and the back of my throat.  Many times, during that particular day, I retched … but could not vomit !   Yet, a representative of the U.S. EPA (Environmental Protection Agency) announced that there was no problem with air quality !   Meanwhile, in Mid-Town, everything ‘appeared’ normal.

10 Years Afterwards … people, communities and the country (USA) are all still suffering … physically, mentally and psychologically … from the 9-11 WTC Incident … unable to ask for help, or perhaps, too proud or ashamed to speak up.

WHO: How to Address Psychosocial Reactions to Catastrophe

Or to put it in a more technical way … how are the Critical Recommendations contained in the 2005 & 2008 NIST(USA) Reports on the 9-11 WTC Buildings 1, 2 & 7 Collapses being implemented ?   And, what is the quality of that implementation ?

To illustrate tinkering at the edges … refer to the USA’s International Building Code (2012 Edition) … which, despite its grandiose title, is really just another of the USA’s National Model Building Codes … and check out this very disappointing Article: ‘Evolution of Building Code Requirements in a Post 9/11 World’, by David Drengenberg and Gene Corley, in the recently published Special Issue III (2011) of the Council on Tall Buildings and Urban Habitat (CTBUH) Journal … which is available at  http://www.ctbuh.org/ 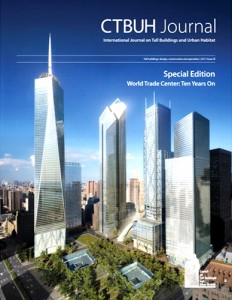 Progress at the National Fire Protection Association (NFPA), in the USA, is a little more apparent … but still, far too little and far too slow.  Check out this recent Special 9-11 Report: ‘A Decade of Difference’, by Fred Durso Jr … on the NFPA WebSite … http://www.nfpa.org/publicJournalDetail.asp?categoryID=2248&itemID=53000&src=NFPAJournal …

And … released earlier this year, NFPA’s Third Needs Assessment of the U.S. Fire Service has identified ‘areas of ongoing concern’ !!