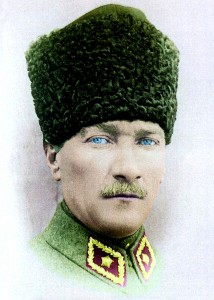 2012-05-03:  Yesterday, I mentioned that the Aims & Objectives of CIB Working Commission 14: ‘Fire Safety’ had been substantially updated.  More than that … this text is to be regarded as being dynamic … kept under continual review … in order that it will remain fresh, vibrant, and relevant to the needs of the time.

Our discussions in Thessaloniki (Salonika), last week, were a continuation of a process which began in Zurich, during 2010.

Working Commission 14 is an international, multi-stakeholder, trans-disciplinary, pre-normalization forum for discussion and action, on research and innovation in Fire Science and Engineering for the design, construction and operation of a Safe and Sustainable Built Environment.

a)     Research and innovation projects with a specific task, well-defined scope and a limited timeframe may be initiated and directly/indirectly undertaken by the Membership of CIB W14 ;

b)     Output from these projects and the other work of W14 may be placed in the public domain, in hardcopy and/or electronic formats, as CIB publications, as papers/articles in international journals, conference/seminar/workshop proceedings, and discussion/reflection documents ;

c)     Conferences/seminars/workshops and other events which further W14′s Aims & Objectives may be organized by the Membership of W14 ;

d)     CIB may endorse conferences/seminars/workshops and other events planned by organizations having similar or related aims and objectives to W14 ;   and

e)     W14 may circulate its publications, and information on its research and innovation projects, to the membership of other CIB working commissions and task groups.

The CIB General Secretariat is located in The Netherlands.  Go to the ‘Contact Us’ WebPage for information … http://www.cibworld.nl/site/contact_us.html

The More Diverse Our Membership … The More Creative Our Output !

The relationship between these two independent groups is symbiotic … ISO TC 92 develops International Fire Standards, while CIB W14 is the pre-normalization forum for discussion and action on a comprehensive approach to Fire Research and Innovation.

I should add, here, that CIB W14’s Aims & Objectives were substantially updated at our meeting in Thessaloniki … and I presented the CIB Research WG IV Reflection Document: ‘Structural Reliability & Fire-Induced Progressive Damage’ for discussion … which was lively, but far too short !

While I was away, however, the following question was posed by Mr. Panagiotis Kotsovinos, on the Society of Fire Protection Engineers (SFPE-USA) Page of LinkedIn (http://www.linkedin.com/groups?gid=96627).

Firstly, apologies for the late reply.  This was due to my absence from base … I am not continuously ‘plugged-in’ to the virtual environment while travelling.  But, I also wished to respond to this and other queries after some thought.  The issues raised are important.

Very briefly … it was NIST, in its 2005 Report, which introduced the term ‘Fire-Induced Progressive Collapse’ to a wide audience.  No definition, or elaboration, of this structural concept was provided in either the 2005 or 2008 Recommendations.  There is no confusion caused by ‘Fire-Induced’.

The reason I have been so quick to focus in on the distinction between ‘Damage’ and ‘Collapse’ is because we went through this whole debate, in Ireland … starting at the end of the 1980’s and continuing on through to the middle of 1990’s.  Because … in January 1987 … a Multi-Storey Apartment Block, called Raglan House, collapsed as a result of a gas explosion.  Two people were killed.  An examination of records at the time will reveal the same general confusion about technical terminology.  And … following the collapse, the Structural Engineering Profession was in disarray.

After a considerable amount of time witnessing, at close hand, these events … I formed the strong opinion that the proper connection of vertical and horizontal structural elements in a building was, and continues to be, a fundamental principle of all good structural engineering design … no matter what the height of the building.

In English … the word Collapse can have the following meanings, which are very broadly similar …

Please examine the photograph above.  Ronan Point (later demolished) was a 22 Storey Residential Tower Block in London, England.  In May 1968, this building suffered Disproportionate Damage as a result of a gas explosion.  As is clear from the photograph … it did not Collapse.

The failure of a building’s structural system:  (i) remote from the scene of an isolated overloading action;  and (ii) to an extent which is not in reasonable proportion to that action.

Fire-Induced Progressive Damage in Buildings is distinguished from Disproportionate Damage – a related but different structural concept – by the mode of damage initiation, not the final condition of building failure.  Until this phenomenon is properly understood, and unless it is impeded, or resisted, by building design … Fire-Induced Progressive Damage will result in Disproportionate Damage … and may lead to a Collapse Level Event (CLE), which is entirely unacceptable to the general population of any community or society.

… and, later in the document, provided this definition …

The sequential growth and intensification of structural deformation and displacement, beyond fire engineering design parameters, and the eventual failure of elements of construction in a building – during a fire and the ‘cooling phase’ afterwards – which, if unchecked, will result in disproportionate damage, and may lead to total building collapse.

‘Progressive Collapse’ is not the same as ‘Disproportionate Collapse’ … and while total building collapse may be the condition of final building failure, this will certainly not always be the case.  Therefore … ‘Damage’ is the more correct word to use than ‘Collapse’.

To go even further … it should not be necessary to have to use the word ‘total’ in the first sentence above.

The purpose of the Reflection Document issued by CIB W14 Research Working Group IV is to examine the ‘hot form’ structural concept of Fire-Induced Progressive Damage, and to propose a critical update to fire engineering design practice.  It is also intended to encourage a wider discussion about some of fire engineering’s fundamental tenets, and the future direction of our profession in a rapidly evolving trans-disciplinary approach to the design, construction and operation of a Safe and Sustainable Built Environment.

Let me repeat again … and as I emphasized in Greece … ALL comments on the Reflection Document are most welcome !